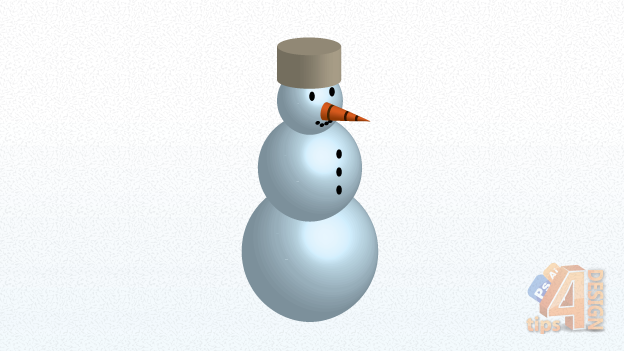 1. Start by opening a new 624*351 Illustrator web document. Draw a circle using de Ellipse Tool(L) while holding SHIFT (to make the circle perfectly round). Then, using the Rectangle Tool(M) draw a square over the left half of the previously drawn circle. Select then both shapes using the Selection Tool(V) and use pathfinder's "Minus Front". Make this shape a light blue color. 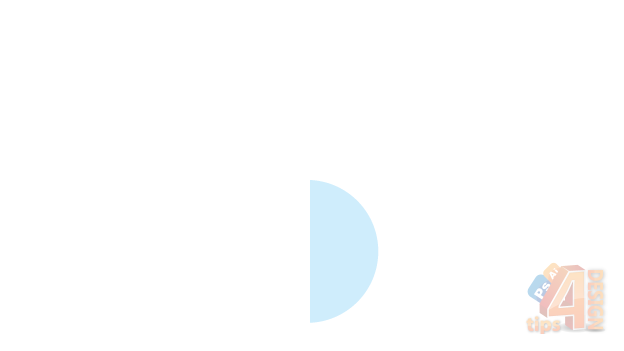 2. Using hte Selection Tool(V) hold ALT and drag this shape upwards, this way you'll duplicate the curent layer. Also, make this new shape smaller then the original one. Do this one more time, so you'll have a total of 3 shapes drawn, like this: 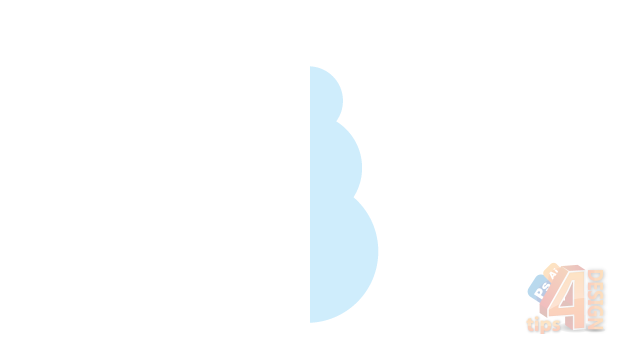 3. Now for the "magic" part. Select all 3 shapes and go to Effect->3D->Revolve. I've used these settings: 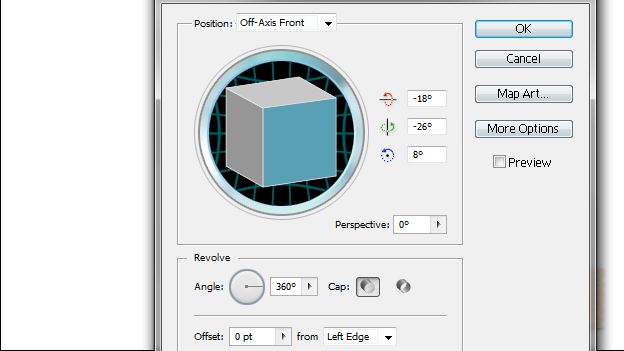 And came out with this outcome: 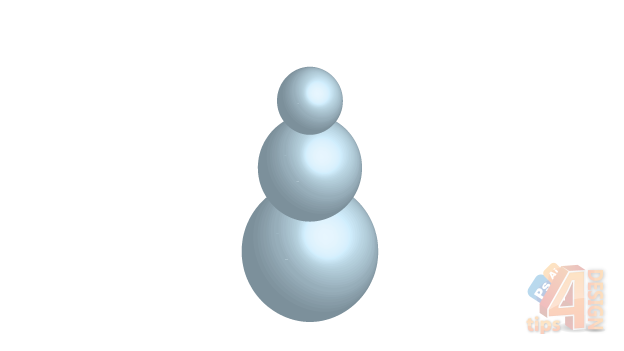 4. Let's create the hat now. Using the Pen Tool(P) draw a corner-shape simillar to the one below. 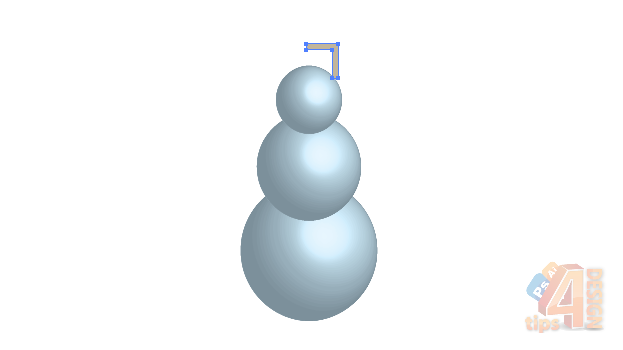 Using the same Reolve effect you've used in the 3rd step you'll get this: 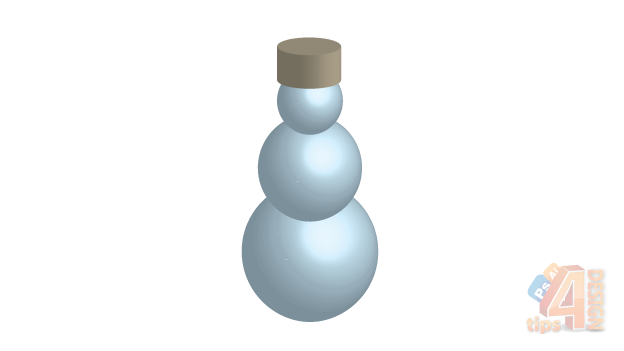 5.  Let's add the "carrot-nose". Draw an orange triangle using the Pen Tool(P). I've also added some brown lines inside it using the newly added feature in Illustrator CS5: "Draw Inside". 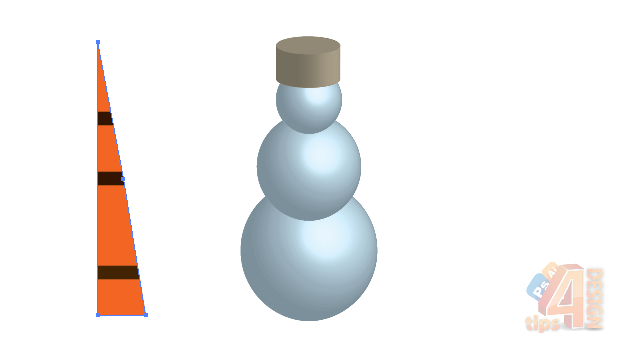 6. Again, using the Effect->3D->Revolve use these settings: 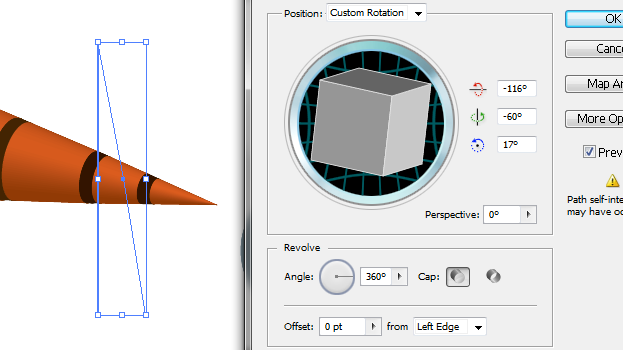 7. Scale down, and put the nose into it's place: 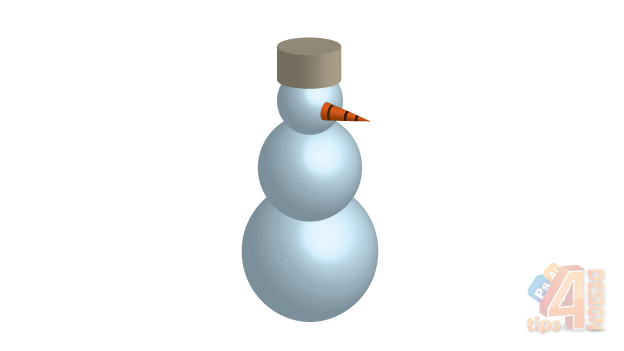 8. Using the Ellipse Tool(L) draw some black circles for the eyes, mouth and buttons. 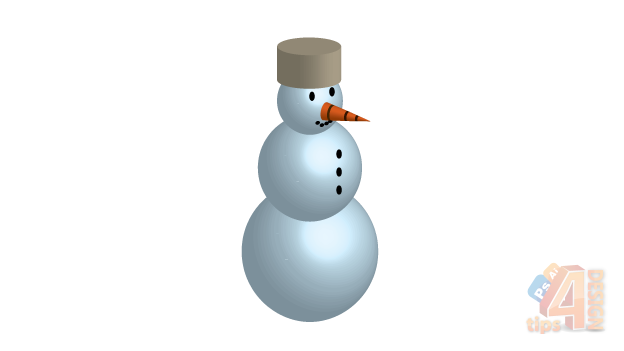 Here's the final outcome, after adding a gradiented background:

This final image could be improved a lot using Photoshop (addig blur effects, shadows,some more reflections,improving the background, adding some snow-flakes, etc.) but the point of this tutorial is understanding the basics of the Revolve tool.